This seminar will walk you through the California Carry Permit process for Solano County. There is plenty of incorrect information on the internet. Come join us and get informed with the latest information.

You can hear all kinds of stories about how a friend of mine was denied because he had a parking ticket. Blah blah blah. I call BULL! And when you get the facts so will you. Knowledge is power.

If you have been wanting to get your permit and not sure were to start or you just need a push. This seminar was made for you.

Seating will be limited! These events normally sell out.

Click here is see if this course is current scheduled.

Q. What is the difference between the CCW Course and the CCW Seminar?

A. The seminar explains and walks you through the application process. The CCW course is the state required training on safety and permissible use of a firearm. Is the seminar beneficial? I think so, but not required. If you look at the comments from my post/ads for the seminar, I think you will see the attendees think the seminar was beneficial too. You can download the state application (13 pages) and the sheriff’s instructions (7 pages) from the Solano County Sheriff’s website. From what i have noticed, that is where most people stop in the CCW application process. And why I started offering the seminar.

Q. Can we still be denied even with training?

A. You can be denied at any point during the process.

Q. I have my POST certificate from OPD. Is the course still required?

A. Yes you would still need the course, there are no exceptions on the training requirement to obtain a California CCW.

Q. Can i just show up or do i need to sign up first?

A. You must be pre-registered, so no walk-ins allowed.

Q. Is it tough to get a CCW in Solano?

A. Not if you know what you are doing. It is a long process.

State and federal law make it unlawful for certain persons to own and/or possess firearms, including:

•  Any person who is convicted of a felony, or any offense enumerated in Penal Code sections 29900 or 29905

•  Any person who is ordered to not possess firearms as a condition of probation or other court order listed in Penal Code section 29815, subdivisions (a) and (b)

•  Any person who is found by a court to be a danger to himself, herself, or others because of a mental illness

•  Any person who is placed on a conservatorship because he or she is gravely disabled as a result of a mental disorder, or an impairment by chronic alcoholism

•  Any person who communicates a threat to a licensed psychotherapist against a reasonably identifiable victim, that has been reported by the psychotherapist to law enforcement

•  Any person who is an illegal alien (federal)

•  Any person who has renounced his or her US Citizenship (federal)

•  Any person who is a fugitive from justice (federal)

Firearm prohibitions for misdemeanor violations of the offenses listed below are generally for ten years from the date of conviction, but the duration of each prohibition may vary. All statutory references are to the California Penal Code, unless otherwise indicated.

• Threatening certain public officers, appointees, judges, staff or their families with the intent and apparent ability to carry out the threat (Pen. Code, § 76.)

• Possessing a deadly weapon with the intent to intimidate a witness (Pen. Code, § 136.5.)

• Attempting to remove or take a firearm from the person or immediate presence of a public or peace officer (Pen. Code, § 148(d).)

• Unauthorized possession of a weapon in a courtroom. Courthouse, or court building, or at a public meeting (Pen. Code, § 171(b).)

• Taking into or possessing loaded firearms within the Governor's Mansion or residence of other constitutional officers (Pen. Code, 171(d).)

• Supplying, selling or giving possession of a firearm to a person for participation in criminal street gangs (Pen. Code, § 186.28.)

• Assault with a deadly weapon other than a firearm, or with force likely to produce great bodily injury (Pen. Code, § 245.)

• Assault with a deadly weapon or instrument; by any means likely to produce great bodily injury or with a stun gun or taser on a school employee engaged in performance of duties (Pen. Code, § 245.5 .)

• Making threats to commit a crime which will result in death or great bodily injury to another person (Pen. Code, § 422.)

• Bringing into or possessing firearms upon or within public schools and grounds (Pen. Code, § 626.9.)

• Driver of any vehicle who knowingly permits another person to discharge a firearm from the vehicle or any person who willfully and maliciously discharges a firearm from a motor vehicle (Pen. Code, § 26100, subd. (b) or (d).)

• Firearms dealer who sells, transfers or gives possession of any firearm to a minor or a handgun to a person under 21 (Pen. Code, § 27510.)

• Purchase, possession, or receipt of a firearm or deadly weapon by a person receiving in-patient treatment for a mental disorder, or by a person who has communicated to a licensed psychotherapist a serious threat of physical violence against an identifiable victim (Welf. & Inst. Code, § 8100.)

• Purchase, possession, or receipt of a firearm or deadly weapon by a person who has been adjudicated to be a mentally disordered sex offender or found to be mentally incompetent to stand trial, or not guilty by reason of insanity, and individuals placed under conservatorship (Welf. & Inst. Code, § 8103.)

The following misdemeanor convictions result in a lifetime prohibition:

Note: The Department of Justice provides this document for informational purposes only. This list may not be inclusive of all firearms prohibitions.

For specific legal advice, please consult with an attorney licensed to practice law in California.

May 5, 2016 Andrew M. "Just for information to all of you out there thinking of getting your carry permit, this is a great class as a start you will receive a lot of great information and the help you need. So sign up and start your process. I took the last class with my son."

March 27, 2016 Michael W. "Just took his course yesterday, if you want to successfully get your CCW his seminar is a must. He is very knowledgeable and makes it fun. Also takes the time to answer all questions. Thanks again Chuck."

March 27, 2016 Davet M. "Great seminar yesterday! Thank you so much for all of the information. You're a great presenter! Can't wait to take your training"

March 11, 2016 Bill L. "We took the seminar and it was great information. It is a great start to getting your CCW."

January 30, 2016 Rodney P "Attended the seminar today it was very informative and I was impressed with the packages you had prepared for the class. A great place to start especially for those that have a lot of questions about the process and application disqualifications, do's & dont's. Definitely will share with friends." 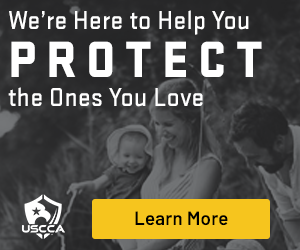